Popular pop star, Davido, has come out to set the records straight that he is not as arrogant as a lot of people perceive. He said this contrary to the popular opinion that he is one of the most arrogant music stars in Nigeria. Davido slams fans who call him arrogant. 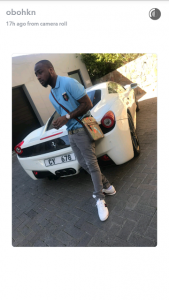 According to Davido, he’s a very friendly, receptive and humble person. He emphasized that no matter what the public thinks of him, he insists he is not an arrogant person. The ‘IF’ crooner who rose to stardom after the release of his debut single, Dami Duro in 2011, had been slammed with series of criticisms from all quarters about his personality, ranging from his babymama scandal and beefs with fellow artistes, like the one he recently had with IcePrince in Warri, Delta State.

The HKN Gang boss, in a recent chat with Vanguard said: “I am a very free person but if you like say, I’m arrogant, I know I’m not arrogant. Also I can bet you now go to anybody or any street and ask them who is most normal or who is so free they will tell you it’s me. I’m not from the hood! It’s not about giving out money but it’s just me being free as an individual.” 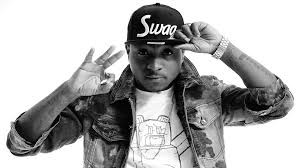 Speaking further, the singer who just welcomed his second child with his Atlanta-based lover, Amanda, said he believes the reason people harbor such negative perception about him is because they would go crazy if they possess the kind of wealth and affluence he has.

The father of two said, “I feel that sometimes people just think I’m that way because if they have what I have they will go crazy, so I think that’s just the problem.”

Wawuu! See how Miss Rivers contestant disgraced herself when asked a question [VIDEO]