The head of the burial committee, Yomi Fabiyi, wrote: “UPDATES: It is CONFIRMED that the remains of the Late thespian Moji Olaiya upon arrival from Canada, June 6, will be buried at EBONY VAULT at Ikoyi Cemetery, Lagos. We appreciate your understanding and patience so far. 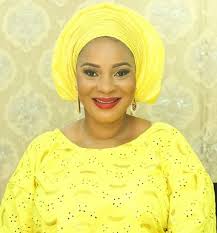 You may like Why Tinubu gave N11.4m for late Moji Olaiya’s burial instead of…

The remains of the deceased will be committed to mother earth on June 7 at Ikoyi Cemetery.

But it seems some Nigerians, who are late Ms. Olaiya’s fans, are not cool with the idea. They were blown up and blasted the burial committee on social media. See some comments below…

Afonjashapmouth: “Naija has been making wealth in calamity since 19AD, hope d money is for d family sha.”

pyyxxaro: “Stella Obasanjo burial nor even make headlines reach this woman own. Who she be for the Film self. #Quoters I gallant#.”

Dahkogrin007: And d burial saga continues. Too much juice, too much sauce.”

OrestesDante: “That’s Nigerians for you. They tend to make use of every opportunity whether good or bad. The same with our politicians.” 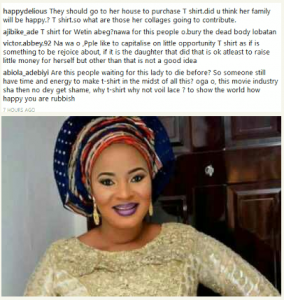 sunnysunny69: “Not too bad an idea though, it’s meant for her fans.”

10eola: “They will still throw party after the burying her.”

BBNaija Efe to give out N25,000 to fans on Instagram [Here's how to participate]