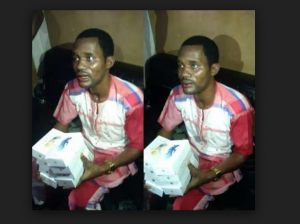 Recall that Egbegbe was mercilessly beaten up at the popular Computer Village in Lagos after he was caught stealing 9 packs of brand new iPhone devices. A phone trader, Segun Akinola, at the computer village in Ikeja, Lagos State where the incident occurred, had disclosed that Egbegbe was known all over the famous computer village market for his alleged theft attitude. News made the rounds that he allegedly confessed to stealing the iPhones but soon after, he debunked claims he was arrested or beaten up for stealing iPhones.

Shortly after the iPhone incident, Egbegbe was re-arrested for attempting to defraud some bureau de change operators of $9,000 and £3000 and was subsequently arraigned by the police and later granted bail of N5 million by a Federal High Court in Lagos. When he could not meet up his bail terms, he was detained at the Area H Police Command and later sent to Kirikiri prison.

All the while, his ex lover, Aimakhu had kept mum over the incident but she has finally opened up. Reacting in an emotional interview with Ebuka Obi-Uchendu on Channels TV Rubbin’ Minds, the actress said she has been unlucky when it comes to love. She added that she would never date anyone in the film industry anymore. 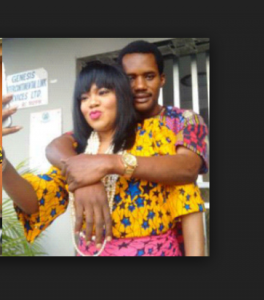 She said, “I regret my relationship with Seun Egbegbe. I think I’m unlucky when it comes to love but I’m lucky with my job. I will never date anyone in the industry again,” she noted.

Meet the former prostitute who has slept with over 10,000 men

Jidenna blasts organizers of One Africa Music Festival, says ‘Africans must learn to be on time’