Tiwa Savage’s husband, Teebillz has revealed how he has saved so many people from committing suicide. Teebillz, who had gone on a rehab for alleged use of hard drugs and his suicide attempt says God spared his life in order to help people who suffer depression. The showbiz promoter, who at the height of a marital crisis with Savage in April 2016 tried to take his own life by jumping into the lagoon around the Lekki area of Lagos, said that following that experience, God has been using him to rescue many people attempting to do a similar thing. How I saved many people from committing suicide – TeeBillz. 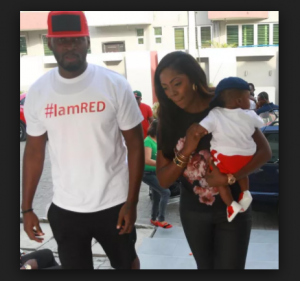 Recall that Tiwa Savage and Teebillz’ wedding in Dubai remains one of the most high profile weddings in the entertainment scene. The couple got married in a lavish wedding ceremony that had virtually the Nigerian entertainment industry in attendance. But their 2-year-old marriage went sour after Teebillz’s rant on Instagram where he accused Tiwa of infidelity. Tiwa had granted a 45-minute tell-it-all interview in which she made shocking revelations about her husband. Following the fallout, Teebillz had attempted suicide but was rescued by R&B songster, Banky W.

How I saved many people from committing suicide – TeeBillz

But in this chat with the Punch, the father of one, when asked if those he called friends stood by him during his moment of trial, the father of one did not waste time in giving his response: “God is the only friend I have.” He credited his transformation to the tireless support of his life coach, Mr. Lanre Olusola, saying that he is already assisting colleagues in the entertainment industry passing through depressing situations to deal with them. According to him, without being pushed to the limits by those personal and marital hurdles, he never would have become the man he is today.

See also No elaborate wedding if I have a 2nd chance, God will be first – Teebillz

Teebillz said, “The way I handle things now is completely different from how I acted in the past. I do better now because I know better. If I had gone through the experience before now, it probably wouldn’t make sense to me until I go through some challenging situations. But I thank God that I have been able to overcome all those through the guidance of my coach. I only recently understand what it means to have a purpose in life and I have saved many people from committing suicide even though I don’t come out to say it.

“I was suicidal myself but God preserved me so I could also save others. You know, I just realised that He kept me to touch the lives of others. People surely have their opinion about me and the entire issue, but God sees my heart and knows how much of a new man I am. As it is, I am like Job in the Bible, God made me pass through all these challenges to make me a better person. I am only human, just like everyone else, so I am not immune to committing mistakes. My experience can be likened to a battle between evil and good. I am happy God redeemed me and pushed me on the side of good. I am not being religious, I am just grateful to Him for giving me a renewed mindset. This is one of the biggest things coaching has done to me.” 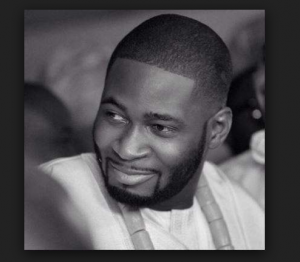 “Right now, I am already helping a couple of colleagues in the industry that require the type of coaching I have been through. I am open to working with others needing some sort of motivation and inspiration. Celebrities are humans too, our lives are out there for people to see but that does not mean we cannot make mistakes. The most important thing, however, is for one to surmount the challenge and triumph. I am happy with my life now.”

You may also like Teebillz Gives Support To A Suicidal Boy

When probed further on whether he and Savage had settled their differences and what their relationship looks like these days, TeeBillz declined making any categorical statement, maintaining that “God is the only friend I have. He knows and has the best for me in His vineyard.”