Popular Nigerian music legend, Innocent Ujah Idibia, better known by his stage name 2face, apart from his music prowess, there is one other attribute that stands him out and makes people to speak well of him. That’s his humility! The ‘African Queen’ crooner is known all over the world as a singer but his humility speaks louder than voice. Being humble has fought many battles for me – 2face.

Despite the scandals he’s had in his career from time immemorial, his acceptability has not been affected. He is still one of the most loved artistes on the continent. Many of his successful songs have broken records, so it’s not surprising that he is regarded as one of the greatest African music artistes of his time. In all of his trials, the Benue State-born always has a smile on his face, unlike many other entertainers who may never achieve half of what he has even in 10 lifetimes. 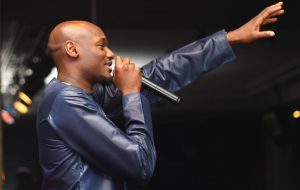 Being humble has fought many battles for me – 2face

When it comes to fame, starlight amid other credits to a successful singer, 2face always obliges his fans whenever they approach him for pictures, autographs, handshakes and hugs. He welcomes you with a smile and moves on. How many celebrities do this? Some are so proud they stink of it, to say the least.

In a recent chat with the Punch, 2face, fondly called 2baba said, “Humility is not an act or make-believe. It is who I am and what you see is what you get. I don’t need to ‘form’ for anybody, I believe in myself and I believe that anybody who truly likes me would accept me as I am. Anyway, it is even better to be true to yourself because it would save you a lot of headaches.

You may also like Song Theft: See 2face’ epic response to Blackface 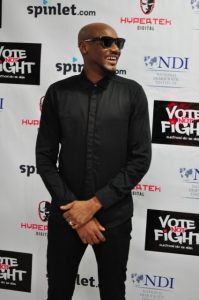 “Sometimes, I read what some people write about me and I feel emotionally touched. Some people are ready to stake whatever they have to defend me; even if they don’t know whether I’m guilty or not. It’s not just about the music but maybe from the interactions they may have had with me. My humility has fought a lot of battles and I will always remain grateful to God and my fans,” he added.

Rapper, Eva calls off 15-month engagement to fiance, says other ladies can have him