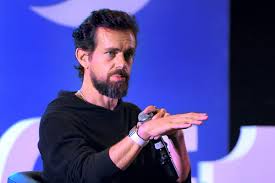 The Twitter boss made this statement while replying to an open letter that was addressed to President Muhammadu Buhari.

Okung claims that soon every nation will face that decision now but by doing so, Nigeria will be ahead of the pack.

Dorsey replied to the open letter by saying “The people of Nigeria will lead #bitcoin.” 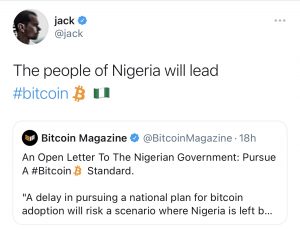 Dorsey’s statement is coming despite a ban on cryptocurrency exchange in Nigeria. 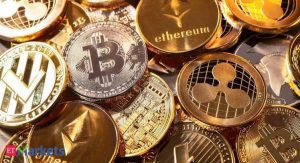 Read also: El Salvador to Use Volcano for Bitcoin Mining

Jack Dorsey whose platform, Twitter was recently banned in Nigeria has shown strong support for the country in recent times.

He supported financially and through publicity during the end sars protest and the recent democracy day protest.

June 12 Protest: Nigerian Police Defend Use of Teargas on Protesters