The internet has been flooded with videos of a new trend called the Santorini challenge and it has nothing to do with the vacation spot in Greece. 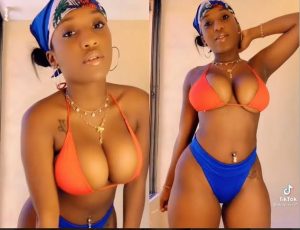 The challenge which is currently trending on Twitter and TikTok features French artist Gamma Lab’s Santorini song as the background music.

It involves women in full clothing, switching to Bikinis as heard in the lyrics of the song and shaking their backside to the beat.

The challenge which started as a promotion for the song has now pulled many other ladies to join in.

Santori challenge started on TikTok some days ago but it has now made its way to other platforms including Twitter.

Some of the videos from this challenge can be seen below.


About the Santorini Song

Santorini was composed and released by French artist Gamma Lab on 15th September 2021.

Despite being released over two months ago, the song only become popular recently due to the challenge.

The Santorini challenge is just one of many that have gone viral on Tiktok in recent times. 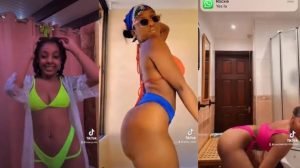 Some other trendy challenges to have come from the video platform include Silhouette and Milkcrate challenge.