Popular singer, rapper and songwriter, Keshinro Ololade, better known by his stage name Lil Kesh, has expressed his opinion about the alarming rate of fake love in the Nigerian Music Industry. 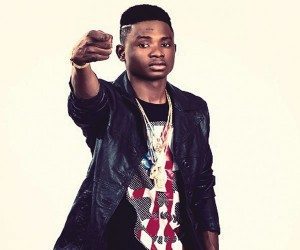 The singer, who rose to fame after his chart-topping song titled ‘Shoki’ said he is not a fan of fake love.

In a chat with HipTv, Lil Kesh said, “Fake love in the industry is been around for years and is still around.

“I’m not a big fan of it that is why my circle is very small.

“And like I said, my next single is called no fake love so you can tell that I don’t love fake love at all.

“Definitely the effect of unemployment is not good. The result is very bad.

“People are not working or earning money, that’s why we have lots of people in the hood smoking, some people are robbing.

Album Launch – Rita Sanda drops Fire Burn
“They are doing a whole lot of negative and illegal things to get money.

“Everybody needs to look for a means to survive.

“Unemployment is a very bad thing and I really do hope that things change soon for the better, for the sake of all Nigerians.”