Africa’s richest man, Aliko Dangote has seen his net worth drop by $1.4 million in the first quarter of 2021. 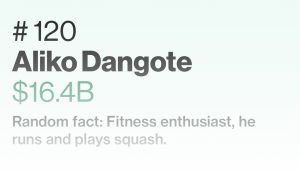 According to an update on his Bloomberg billionaire index profile on March 31st, his worth dropped from $17.8 billion to $16.4 billion.

Dangote is the founder of Dangote Industries Limited, one of the biggest and diversified conglomerates in Africa.

Dangote’s 7.9% loss was caused by a decline in the shares of the company’s businesses.

Dangote Cement shares have dropped from N244.9 at the start of the year to N215.

Dangote Sugar Refinery shares also dipped from N17.60 at the start of the year to a current price of N17.00.

The share drops led to a fall in the market cap of the companies and a dip in the billionaire’s net worth.

Despite Dangote’s losses in the fast quarter, it was an impressive first three months for the billionaire businessman. 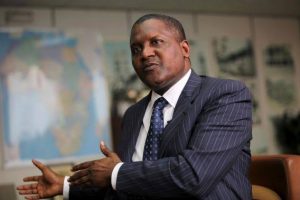 According to Guiseppe Surrace, the operation officer of Dangote refineries, the pipe installation for the refineries is almost complete which takes the company a step closer to the start of operations.

The majority of Dangote’s wealth comes from his 86% stake in Dangote cement and other businesses in his conglomerate.

The Origin Of Good Friday: What is “Good” About The Crucifixion?