What if I told you that you’ve been wasting your fighting skills?

All your life you’ve gotten involved in several fights with friends and not received a dime.

One person who doesn’t roll that way is UFC Welterweight champion, Kamaru Usman.

The strong fighter from Auchi executed a strong punch in the second round that took out his counterpart and helped him retain his UFC Welterweight championship. 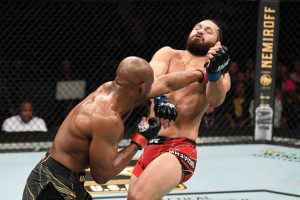 In other news: India’s Coronavirus Cases Skyrocket as Rich Escape on Private Jets

Jorge Masvidal on the other hand received $800,000 despite losing the fight.