Prescription Songs, a music company founded by producer, Dr. Luke has announced that songwriters can now receive payment in Bitcoin.

The music company announced this on their official Twitter account on April 1st, becoming the first music company to offer crypto payment. 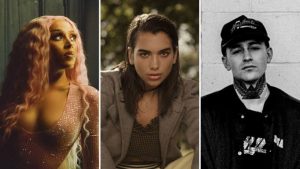 While speaking to the media about the new development, Dr. Luke said that the company was approached by some creators about being paid in crypto.

The music company has signed a deal with Crypto powerhouse, Bitpay and Dr. Luke has expressed his excitement about working with them.

While we have to wait to see how popular the option will prove to be, many have praised Prescription Songs for being an industry leader and providing top-notch services.

Although Prescription Songs is the first music company to enable Bitcoin payment, it is not the first to be involved in cryptocurrency.

Only last month, DJ 3LAU sold 33 Non-fungible tokens for the sum of $11.6 million. Kings of Leon also set a record as the first band to release an album as NFT.

Meet Mike The Headless Chicken: Chicken That Lived For 18 Months Without A Head

Shocking! Don Jazzy Reveals That He Was Married At 20