Nigerian singer, Oluwatosin Oluwole Ajibade, popularly known as Mr Eazi, has opened up on his barely 1-year music career in Nigeria and more in an interview. The singer who broke into the Nigerian music limelight mid 2016 with a unique blend of Ghana-Nigerian music called ‘Banku’ spoke with Vanguard recently, revealing that he is just a dirty boy who wants to have fun. Mr Eazi opens up on relationship with Temi Otedola.

Word on the street is that if you hadn’t been signed to Wizkid’s Star Boy Music label you wouldn’t have come this far, what’s your reaction to this?

Mr Eazi opens up on relationship with Temi Otedola

“I feel everybody has their mouth and are free to say whatever they like; anything you feel that one na for your pocket. The most important thing is that I’m where I’m now and I’m enjoying my life.”

Is it true that Wizkid is grooming you to become the next biggest African artiste in the world?

“To tell you the truth, I just want to come, have fun, make money, buy a few houses, set up a few businesses, feed my family, dirty myself, travel the world with other people paying for it, help people and just have fun. I never planned to be an artiste, I never woke up one day and decided I wanted to be a musician; this just happened. So whilst we’re on it, we’re just going to have fun with it. If tomorrow I wake up as the biggest artiste in Africa omo we go enjoy am now! We go do everything, we go tour, we go chop all the money and we go touch as many lives as we can.”

What’s the true story between you and Femi Otedola’s daughter, Temi Otedola?

“There is this saying that goes thus “Leave matter for Matthias”, except you tell me right now that your name is Matthias, unfortunately that’s not your name, laughs,” he added.

They say you are a bit proud & snobbish, how true is this?

“Mr Eazi is a dirty boy o, I’m just a free guy mehn! If you know me or anyone that knows me knows that I’m a very free kind of person. I literally almost don’t care about anything, that’s why I said I’m a Kubolor, a gypsy. If you know who gypsies are they don’t care about anything, they just drift, that’s who I’m, like I don’t care about cars, I don’t care about houses, I just have these things because of my kids and for my family, but for me as a person I don’t care. Till now even though my manager fights me I can go and buy ‘boli’ (Smoked Plantain) on the street, people see me and rush to take selfies and they don’t mob me because when they see me they know that this is their boy Mr. Eazi, so I’m just free having fun and thanking God for life.”

What’s your personal opinion on the ongoing supremacy battle between Wizkid and Davido?

“To be honest, I’ve not spoken to either of them about it. For all you know, it might just be the media playing on something or it might just be that they want to drop a song tomorrow and they are just toying with people or they want to go on tour together. At the end of the day these things are not really known until you ask the person. Maybe when next I see Wizkid and I ask him then I’ll call you to give you exclusive inside gist which you’ll pay for, (laughs).”

You’ve been talking about family, how soon do you intend starting up one?

“Honestly, I want to have kids; but I want to set up something that my kids will bless me for. I’ve always wanted to be a millionaire; I didn’t know it was going to come through music.”

How true is it that you smoke marijuana and drink alcohol to get fired up before going up on stage?

“To be honest I feed off the energy of the crowd, that’s why I don’t perform where people are sitting down so just think about it. I’ve not performed where anybody is sitting down before; I drink water and not alcohol, it’s the energy from the crowd that gingers me. If the crowd is energetic I’ll also be energetic, if the crowd is dull then it will affect me, I’ll just vibe through the session and move on.”

2face blasts haters, says 'You’re a nonentity if you think I want to enrich myself with IDP funds'

Olamide is immature, I did not beg him to sign me to YBNL - Xino 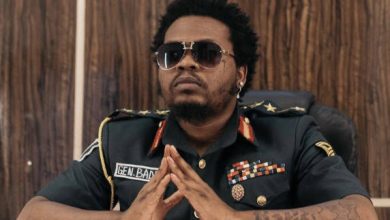