Losing money is never easy. It hurts more when you lose to a scammer, whose greatest skill
causes others pain.

A 77-year-old woman from Indiana USA had to go through such pain when she lost more than $12,000 in a Bitcoin scam. 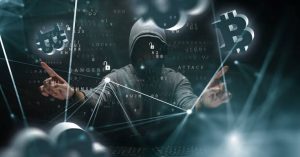 The elderly lady (name withheld) received a mail about a fraudulent transaction on her Paypal account.

The mail indicated that $500 had been taken from her account and she had to call a number to fix the issue.

The woman called the number and a man answered on the other end, promising to direct her through the withdrawal process.

The man introduced her to cryptocurrency claiming that it was a great way to store money and she was directed to buy some.

While this was going on, the man advised her to share her screen on the smartphone to put her through the process.

While this was going on, the male asked her for access to her checking account to help her recover the lost $500.

She gave him along with a photo ID of herself and before she knew it, $8,800 was withdrawn from her account.

At Naija FM, we don’t want you to be a victim of such a scam, which is why we have taken the time to discuss crypto scams and how to avoid them.

Elon Musk's Starlink to Deliver Internet to Nigeria, Set to Compete With MTN, Airtel and Glo