Afrobeats superstar Davido has announced the launch of his own cryptocurrency named ‘Echoke social token’. 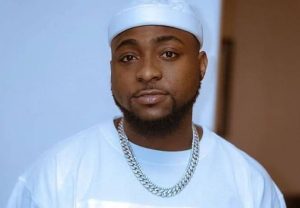 The singer announced via his official Instagram page that he has teamed up with Omegoat cryptocurrency startup, a subsidiary of Bitsika to dash out the free tokens to his fans.

Unlike most cryptocurrency tokens that are sold, the multi-award-winning musician has disclosed that this token will be free.

Davido announced that the token will be given out to fans in periodic giveaways over 12 months, starting from NOV 28th. 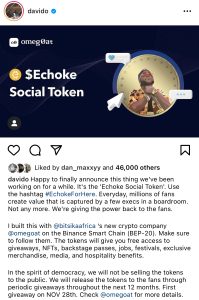 “Happy to finally announce this thing we’ve been working on for a while. It’s the ‘Echoke Social Token’. Use the hashtag #EchokeForHere. Every day, millions of fans create value that is captured by a few execs in a boardroom. Not any more. We’re giving the power back to the fans.”

The super singer stated that the Echoke social token was created on the Binance Smart Chain (BEP-20). 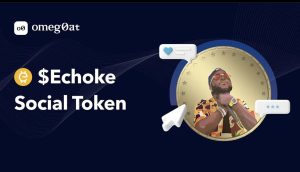 He urged fans to follow Omegoat and check back for details about the token giveaway.